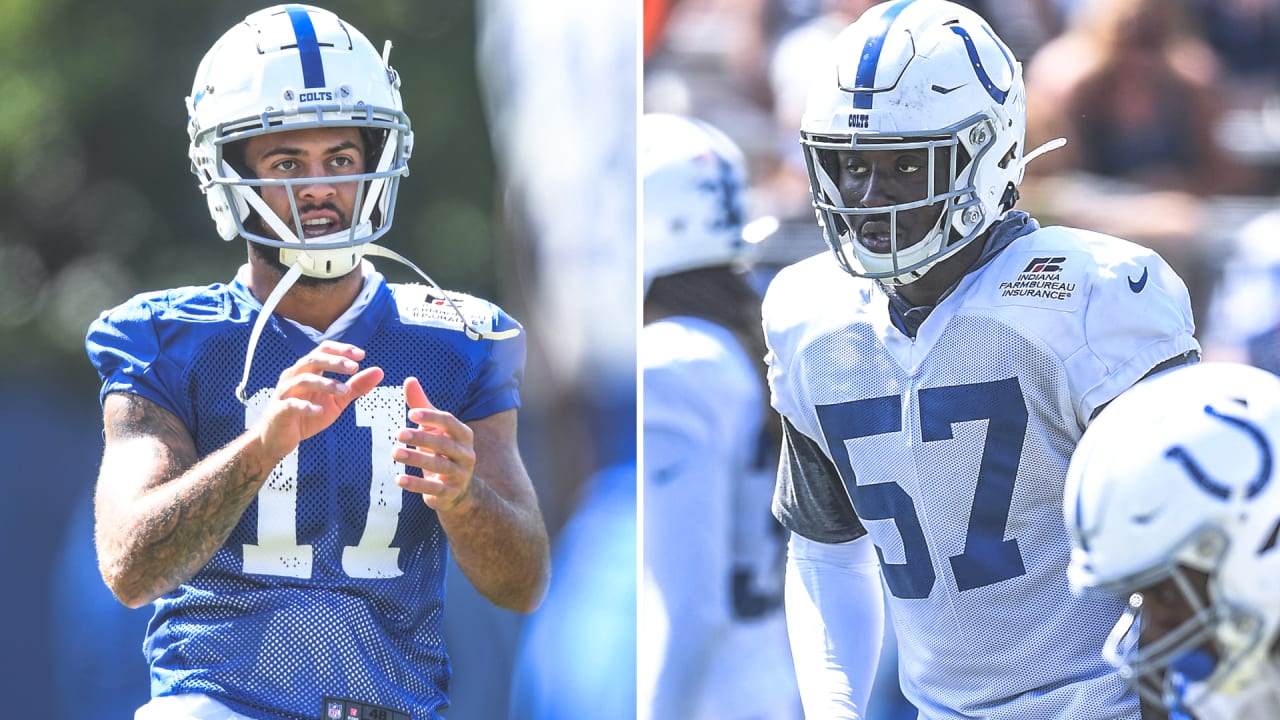 » Pittman Jr. suffered a lower-leg injury in the first half of last the Colts’ Week 3 win over the New York Jets; he was initially labeled as questionable return, but was able to get back onto the field in the third quarter, finishing with three receptions for 26 yards.

But Pittman Jr. started feeling immense pain in his leg later that night, and after being diagnosed with compartment syndrome, was immediately placed into surgery to relieve the pressure.

Pittman Jr. was placed on IR on Oct. 3. New league rules exclusively for 2020 require all players placed on IR during the season to miss a minimum of three games; accordingly, Pittman Jr. has missed Indy’s last three games against the Chicago Bears, Cleveland Browns and Cincinnati Bengals. After having its bye week last week, Indianapolis (4-2) on Sunday travels to Detroit to take on the Lions (3-3).

The Colts now have a 21-day window to decide whether to return Pittman Jr. to the active roster or revert him to IR for the remainder of the season.

Pittman Jr., the Colts’ second-round (34th-overall) pick in this year’s NFL Draft out of USC, has been targeted with 12 passes so far in his rookie season; he has nine receptions for 73 yards in all.

Colts offensive coordinator Nick Sirianni said Tuesday that he’s eager to get Pittman Jr. back into the lineup whenever he’s ready to go.

“Michael is big and physical, but he has almost like little-man feet, like where he is able to get in and out of breaks like a guy who is 5’10” and he’s 6’3″. That’s a very good ability to have because he can win with both his quickness and his strength and size,” Sirianni said of Pittman Jr. “We’re excited to be able to get that back from him because he does have a unique skillset.”

» Turay suffered a gruesome ankle injury in the Colts’ Week 5 road victory last season over the eventual Super Bowl champion Kansas City Chiefs. He entered training camp this year on the PUP list, and remained on PUP at the start of the regular season, which means he had to sit out at least the first six games of the year.

Reich had already told reporters on Monday that whenever Turay is able to return, he anticipates the third-year Rutgers product likely needing a couple weeks of practice under him before he can get back to game action.

“The plan will be, ‘Hey, we have to practice this guy a couple weeks before we do anything,'” Reich said. “He is going to have to prove he can do it out on the practice field first before we think about putting him back out in the game.”

Whenever Turay does return, he gives the Colts a unique blend of speed and bend off the edge.

At the time of his injury last season, the 2018 second-round pick was tied with the Pittsburgh Steelers’ T.J. Watt as Pro Football Focus’ highest-graded edge defender in the NFL (91.3), while his pass-rush grade of 91.0 trailed only Watt and the Cleveland Browns’ Myles Garrett.

In 18 career games with three starts, Turay has 20 total tackles (one for a loss) with 5.5 sacks, two forced fumbles and 18 quarterback hits.

The Colts this season rank tied for 18th in the league with 13 sacks, while their 27.0-percent pressure rate, according to PFF, ranks 25th. Turay can certainly provide a boost in those areas once he’s able to return to game action.

“It’s just about the speed, quickness and turning ability,” Colts defensive coordinator Matt Eberflus said this week, when asked when he’ll know Turay is ready to return. “We’ll know it and he’ll know it. His body will tell him when he’s ready to go. We’re getting him in there this week and we’ll see where he is at.”