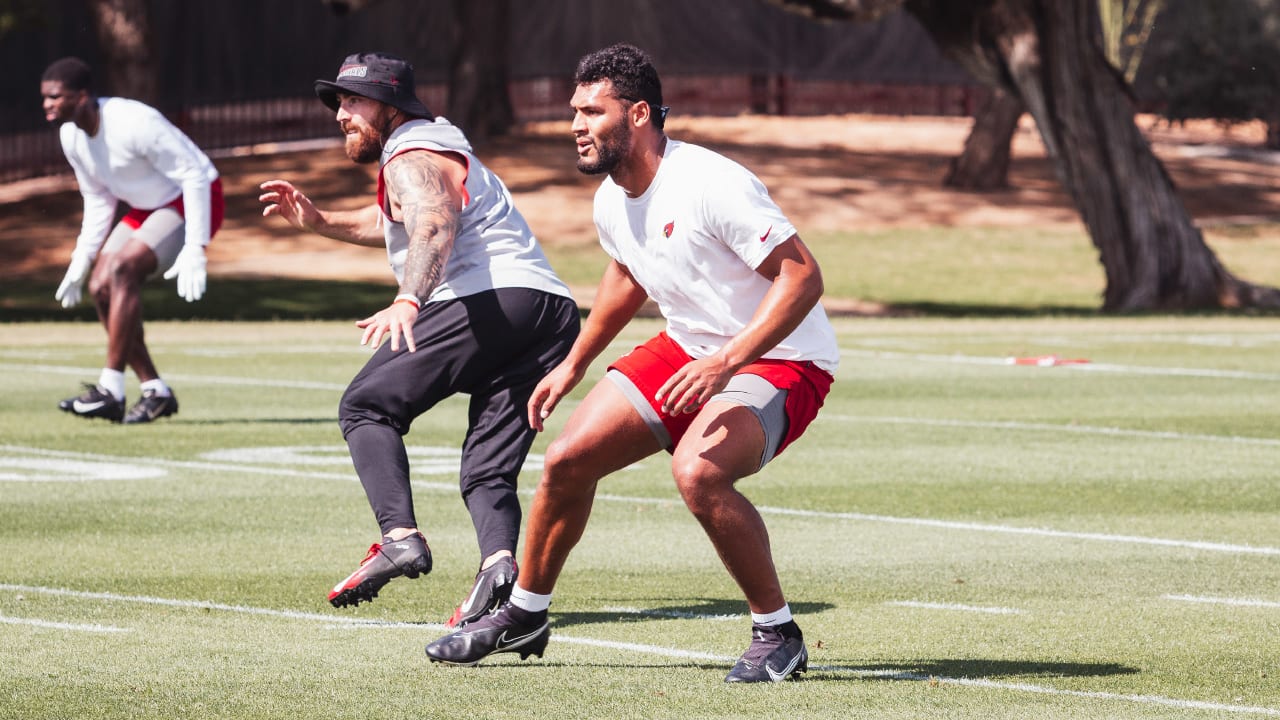 But when it came to his Pro Football Focus grade, Collins was solid in those first seven games, getting a good mark of at least 72.5 in four of them. As the season went on, the confidence from the coaching staff lessened.

“You get to learn a lot of stuff (as a rookie),” Collins said. “There were a lot of ups and downs trying to understand how everything works and staying level-headed. It was hard but it was something you push through.”

The Hicks-Collins relationship was always good, even if Hicks had been unhappy how the depth chart unfolded after Collins’ selection in the draft. Collins said it was a “blessing” to have been mentored by Hicks, to learn how to study and how to practice.

But the Cardinals released Hicks this offseason – he subsequently signed with the Vikings – and the lane is now cleared for Collins, no matter what.

“It feels good to get past that and start fresh,” Collins said.

The Cardinals have never wavered that Collins will join Simmons has a productive starting inside tandem, but this season will be a test.

“Zaven, it’s one of those situations where it’s always tough whenever you have to be a rookie and try to call the defense and some of the challenges that it presents,” GM Steve Keim said. “But I think both those guys are going to be tremendous players.”

Just about a year ago, Collins was celebrating his first-round status, breaking into tears when his name was announced — “All the emotions … it still gives me goosebumps,” he said.

The expectations were high. Collins knows that, and he knows everyone else is counting on him to fulfill that promise.

“You try not to look at it,” Collins said. “Any athlete in the NFL would agree that the media or whoever says anything about you doesn’t really apply the kind of pressure on you that you would yourself.

“You expect a lot out of yourself. That’s a good thing and a bad thing. Your own mind can be very troublesome sometimes. It’s a roller coaster.”