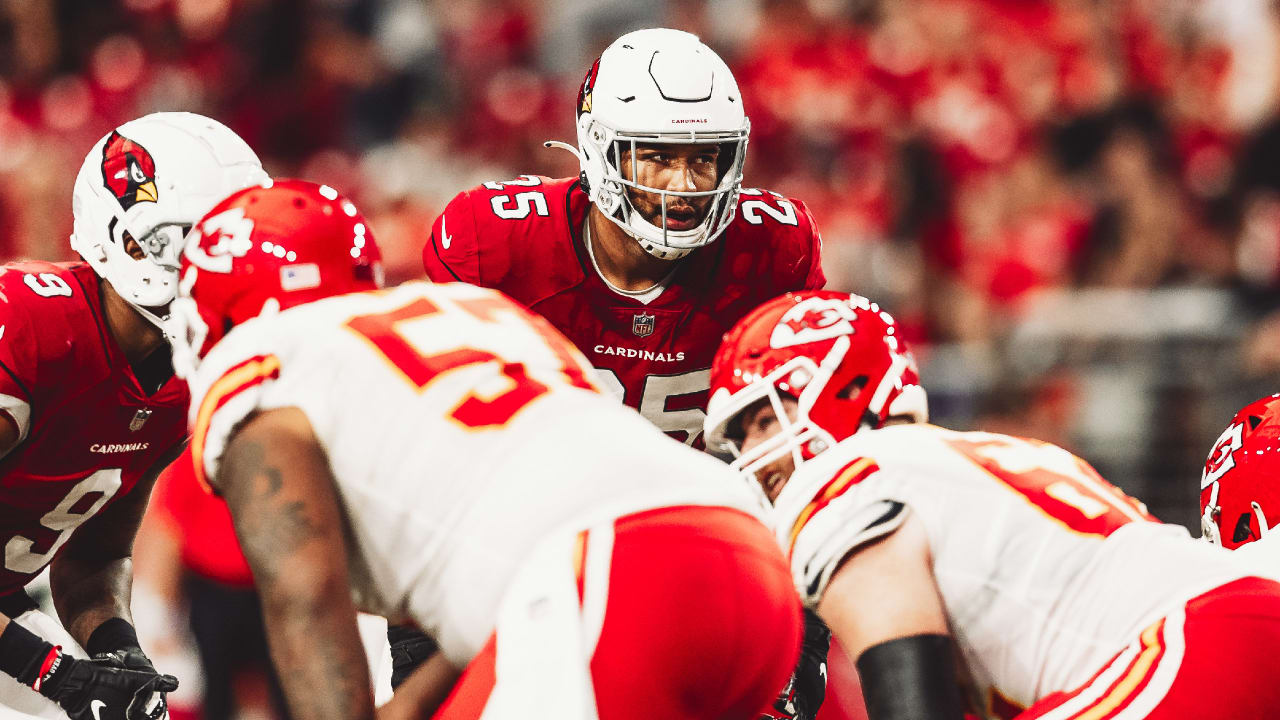 The advice sage veteran Budda Baker gave to rookie linebacker Zaven Collins about calling plays was all about acoustics.

Turn your head to the side when bellowing the calls, the safety told Collins. That way, the defensive line and defensive backs can hear it at the same time, saving precious seconds when the offense might be trying to go fast.

“It’s definitely getting better,” Baker said. “He’s a rookie middle linebacker who has to own the defense in a sense.”

Among the many things Collins is trying to master in a short period is wearing the green dot – the sticker on his helmet signifying he’s the one who gets the radio call from the sideline and then has to relay the information. Collins likened the process to being the link between the coaches and the rest of the defense, before invoking the imagery of Spider-Man trying to keep two halves of a ferry together in the character’s first MCU movie.

“If that thing breaks, you guys are done for,” Collins said.

Baker said Collins is “doing a lot better” with the calls as camp has progressed. But even earlier, it was never about Baker trying to trump Collins on the field – even if there was an error on the call.

“He might’ve closed the front wrong but at the end of the day, I’m not going to be able to tell him, ‘You have to close it this way’ because (the play) goes so fast,” Baker said. “I don’t want to be arguing when the offense is snapping the ball. Early on, he might’ve closed it wrong and we just played it. We always talk about if we’re all wrong, we’re all right.”

(PROBABLY) NO DECISION ON KYLER YET

Coach Kliff Kingsbury said a decision has yet to be made about whether starting quarterback Kyler Murray will play Saturday night in New Orleans for the preseason finale. But when he was asked if Murray would “need” to play, Kingsbury was blunt.

Murray didn’t play in the preseason opener. He played nine snaps in the second game, completing 1-of-4 passes for 2 yards and adding an eight-yard rush. The Cards went three-and-out in each of his three possessions.

“It wasn’t what we expect and we weren’t as sharp as we’d like to be, but we know what we are capable of and the offense understands the expectations,” Kingsbury said.

The Cardinals needed to make three cuts Tuesday to get to the official 80-man limit, and they ultimately made four moves. The team released offensive lineman Branden Bowen and defensive lineman David Parry, they waived/injured linebacker Jamell Garcia-Williams, and put defensive lineman Jack Crawford on injured reserve with an undisclosed aliment.

Technically, the team is at 79 officially, with tight end Bernhard Seikovits the 80th player but carrying an international player roster exemption. When guard Justin Push and defensive lineman Jordan Phillips return from the Covid list, further cuts will have to be made.