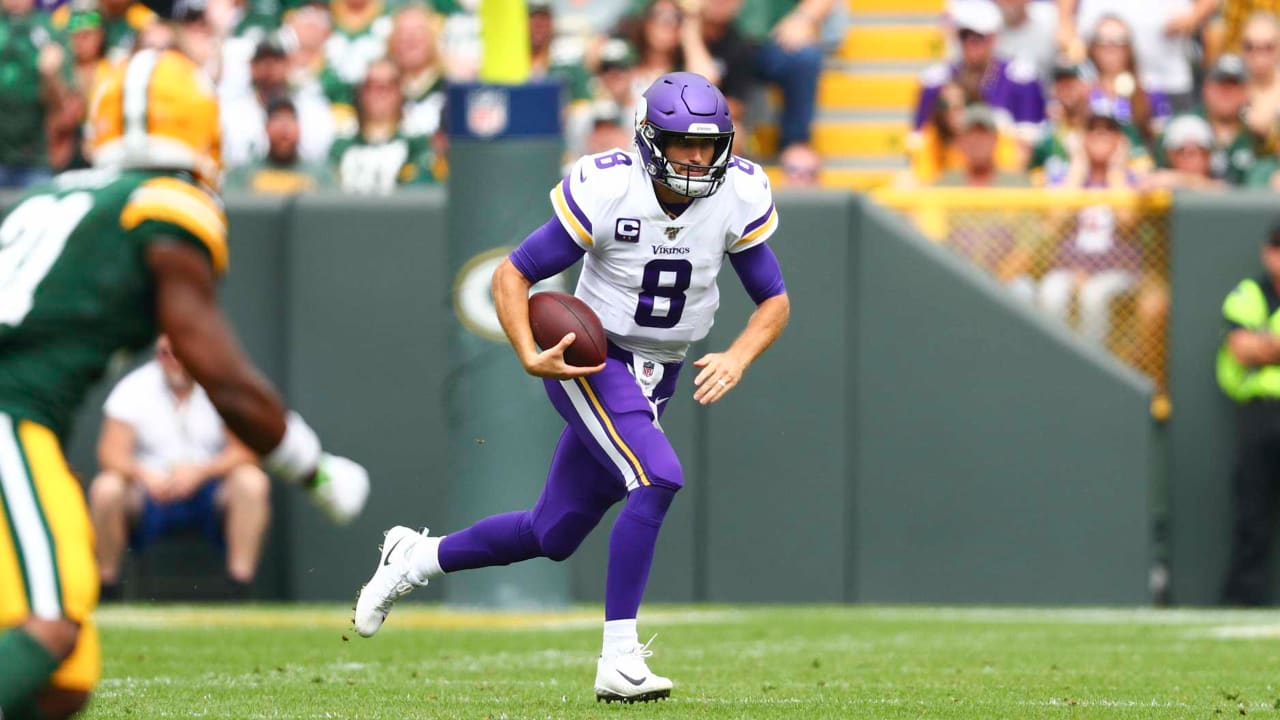 During his postgame press conference at Lambeau Field, Zimmer said that Cousins had “ups and downs,” with the end-of-game interception being “the worst one” but also emphasized the level of talent Cousins has.

“We just need to continue to coach him the way that we want him to play,” Zimmer said.

Zimmer spoke with Twin Cities media members Monday afternoon and was asked to expound on the previous night’s response.

“I just think play within himself, as far as if the play’s not there, throw the ball away,” Zimmer said. “He knows that. It’s not anything different.

“I think, like every position, we’re coaching the heck out of him and trying to do the same thing with the offensive line and receivers and DBs and everybody else,” he added.

Zimmer pointed out Cousins’ on-point passes during the Border Battle, including a 45-yard touchdown pass to receiver Stefon Diggs on third-and-13.

“He made some really good throws and then he missed some,” Zimmer said. “Sometimes that’s going to happen, but we’ll continue to work on it and make sure the receivers and quarterback and everybody else is on the same page. There was some miscommunication there yesterday.”

Asked about Cousins’ performance in the red zone, Zimmer said that Minnesota’s offense has “got to do a better job” inside the 20-yard line.

“[Cousins] was high to [Kyle] Rudolph on the one,” Zimmer said. “The [defender] made a good play on [Stefon] Diggs on the one, and then he’s got to throw the ball away on the [interception in the end zone].”