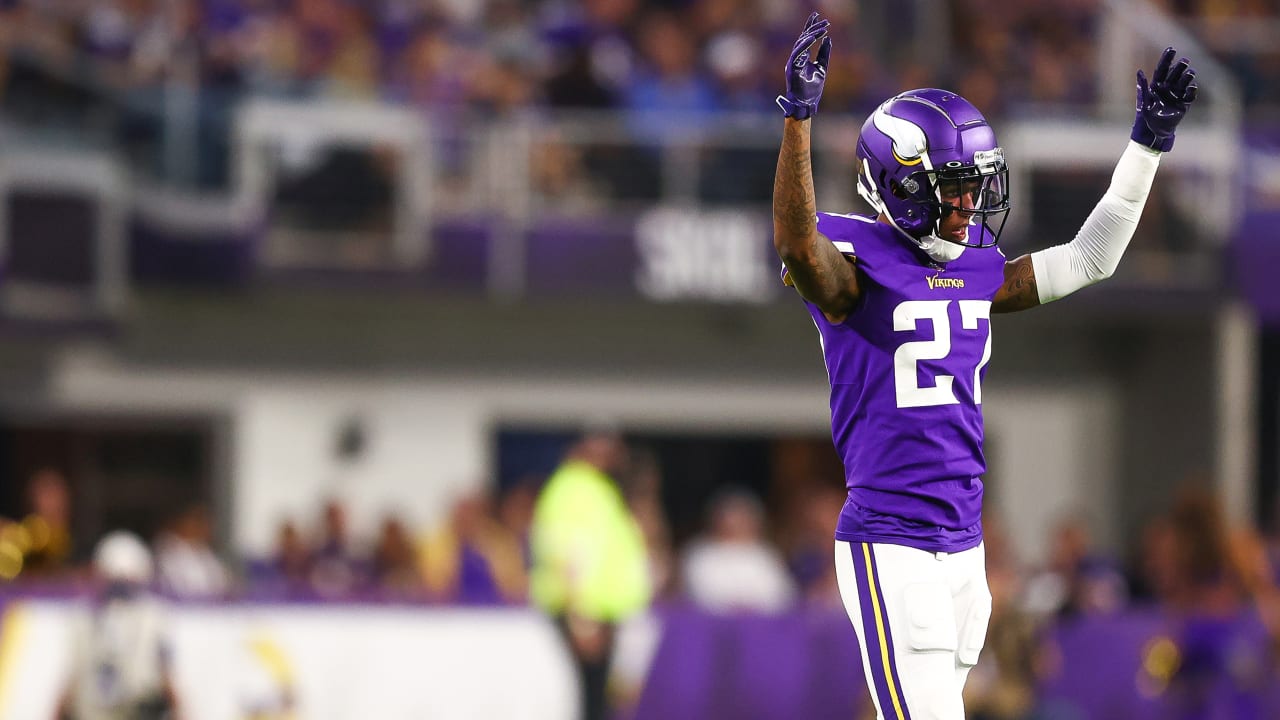 Dantzler is especially familiar with Lamb, a fellow 2020 draft class member who scored a touchdown against the Vikings in the Dallas-Minnesota game last season.

“CeeDee, he’s a great receiver,” Dantzler said. “Last year he played mostly in the slot so I didn’t really guard him as much last year. But it looks like they’ve moved him outside this year, so I have to be ready like the ball [is always coming] to your side.”

You can bet he’ll be spending some time studying film of the two receivers this week.

“Their weaknesses, take advantage of that, and their strengths, practice that each and every day to help you critique their game to when you play those guys on Sunday,” Dantzler explained. “I feel like as a secondary we’re going to come together throughout the week and just study film on those guys and see what can we do to expose their weaknesses.”

He’ll be leaning on Peterson, too, whom Dantzler said he’s already received some advice from.

“He basically just told me to do what I do – do what I do best. ‘Go out there and be confident, play with swagger. Just be Cam, go out there and play ball’ That’s basically what he tells me,” Dantzler later added of Peterson. “He’s that guy who’s going to be 100, keep it real with you, and be straightforward. He’s just like, ‘It’s your time. (I’ll) be out a few weeks. Just go out there and make plays.’ “