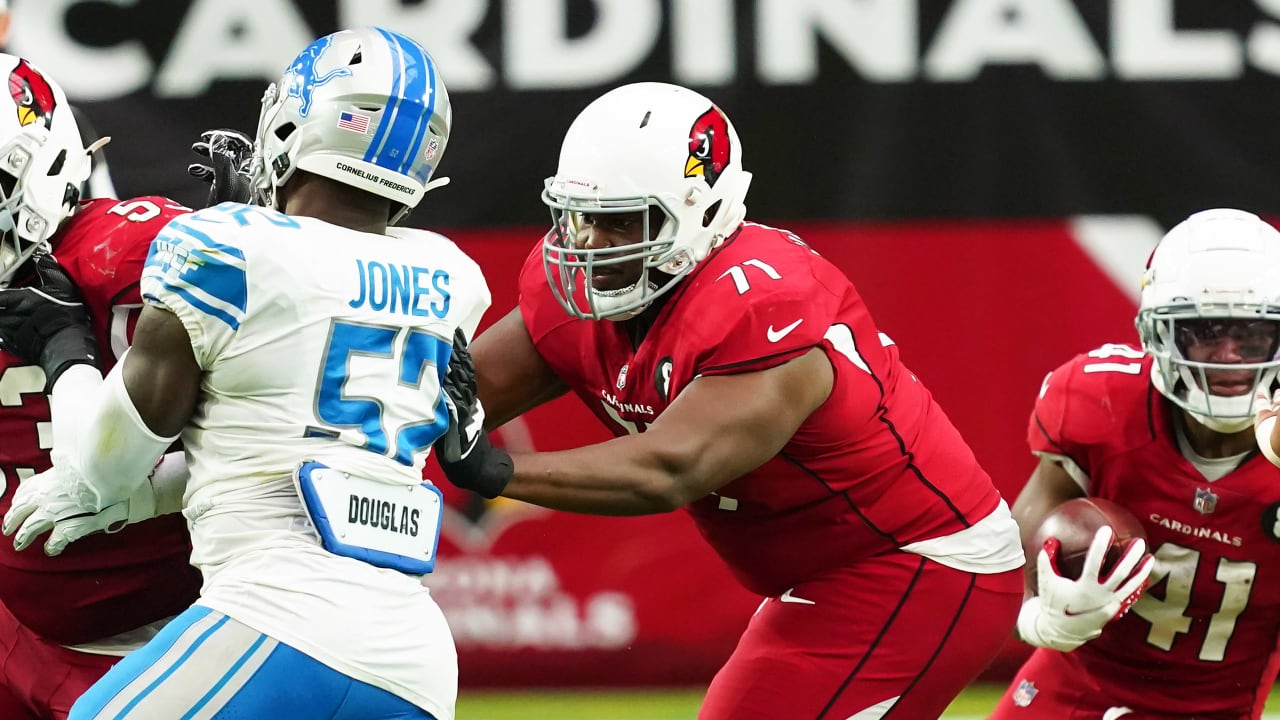 The Cardinals are happier with their offensive line depth this season than they have been in recent years, and they made a move Friday to keep that depth stable.

The team signed reserve Justin Murray — who started 12 games at right tackle in 2019 — to a two-year contract extension prior to their trip to Carolina. Murray had been scheduled to be a free agent after the season, but now is under contract through 2022.

Murray played a series each at right guard and left guard last weekend against the Lions even though starters J.R. Sweezy and Justin Pugh were fine health-wise.

“He’s a guy who played a lot last year,” Kingsbury said earlier this week. “We want to keep Sweezy fresh and get him some work in there, and I thought rotating him on a couple of series was a nice change up for our offense.”

The 27-year-old Murray was claimed off waivers at the end of the 2019 preseason after he had been released by the Raiders. The Cardinals are his sixth NFL team since coming into the league undrafted in 2016, but he found a home with offensive line coach Sean Kugler. The Cardinals’ coaching staff reiterated often this past offseason that he was the most improved player over the course of 2019, and his ability to play both guard and tackle make him a valuable commodity.

5 Eagles games that could be played in primetime

The most interesting “do-it-all” defenders in 2021