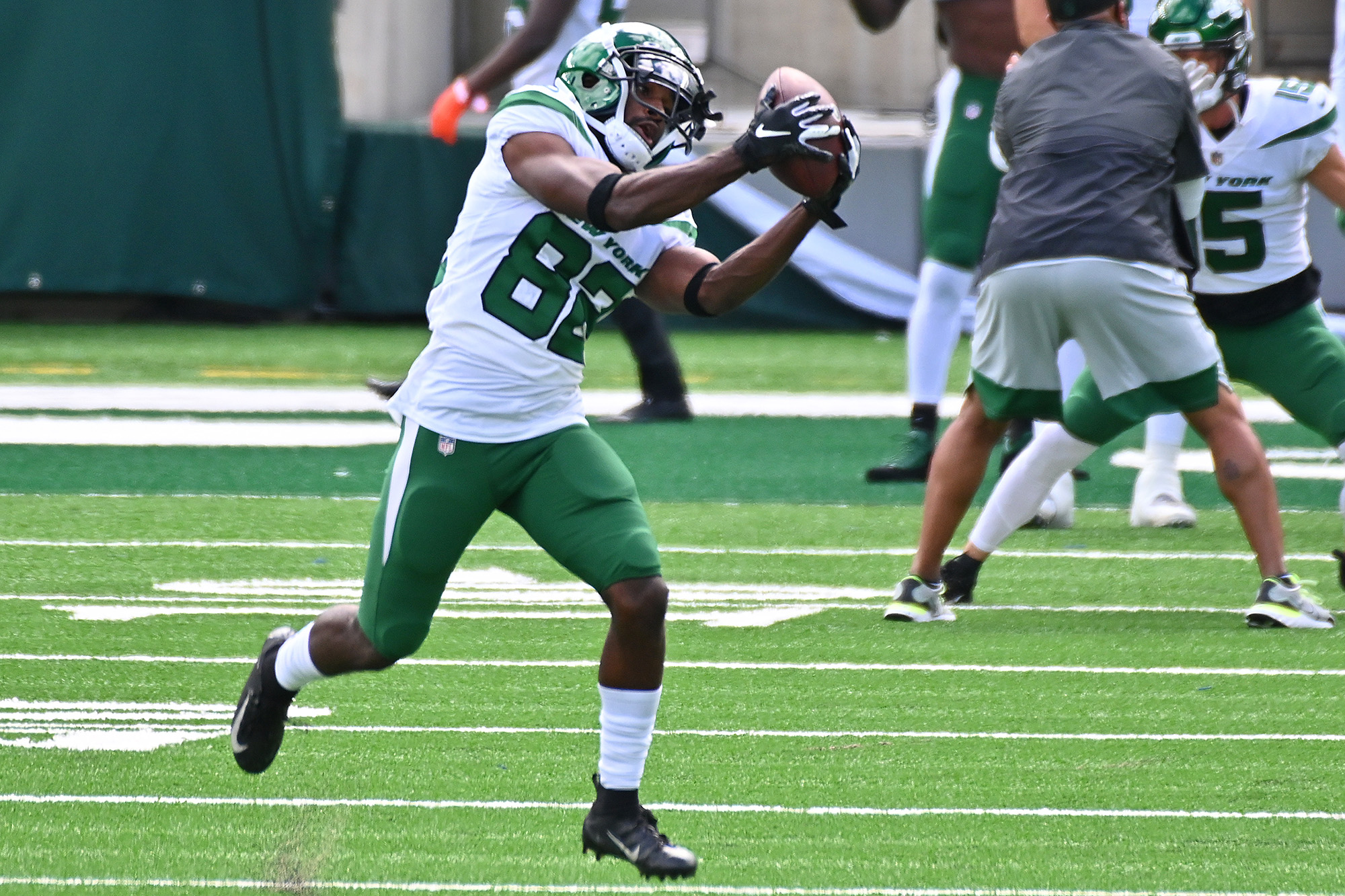 The Jets have reached the looking-for-warm-bodies stage of their injury crisis, especially at wide receiver.

As they prepare for Sunday’s game against the Colts, the Jets’ injury list is only growing longer. And it doesn’t appear that Sam Darnold will be getting any relief at receiver, with Denzel Mims (IR, hamstring) and Breshad Perriman (ankle) already ruled out and Jamison Crowder (hamstring) trending toward joining them as coach Adam Gase tabbed him “doubtful” Thursday before he was set to miss another practice.

Gase didn’t want to completely rule out Crowder just yet, but the veteran still hasn’t practiced since last Wednesday, when he was limited.

“You can common sense it if you want, I’m just not going to close the door on him if for some reason he feels like he’s feeling a lot better in the next two days,” Gase said. “But I would say it’s doubtful.”

That would leave Darnold with Chris Hogan, Braxton Berrios and Josh Malone as his top three receivers Sunday. Gase indicated undrafted rookie Lawrence Cager could be called up from the practice squad this week to provide another option.

The Jets are also in danger of playing Sunday without two of their regular starters on the offensive line. Center Connor McGovern was already missing practice this week because of a hamstring injury, but right tackle George Fant joined him on the sideline Thursday after entering the concussion protocol due to a collision in Wednesday’s practice. Chuma Edoga would replace Fant if he is unable to go.