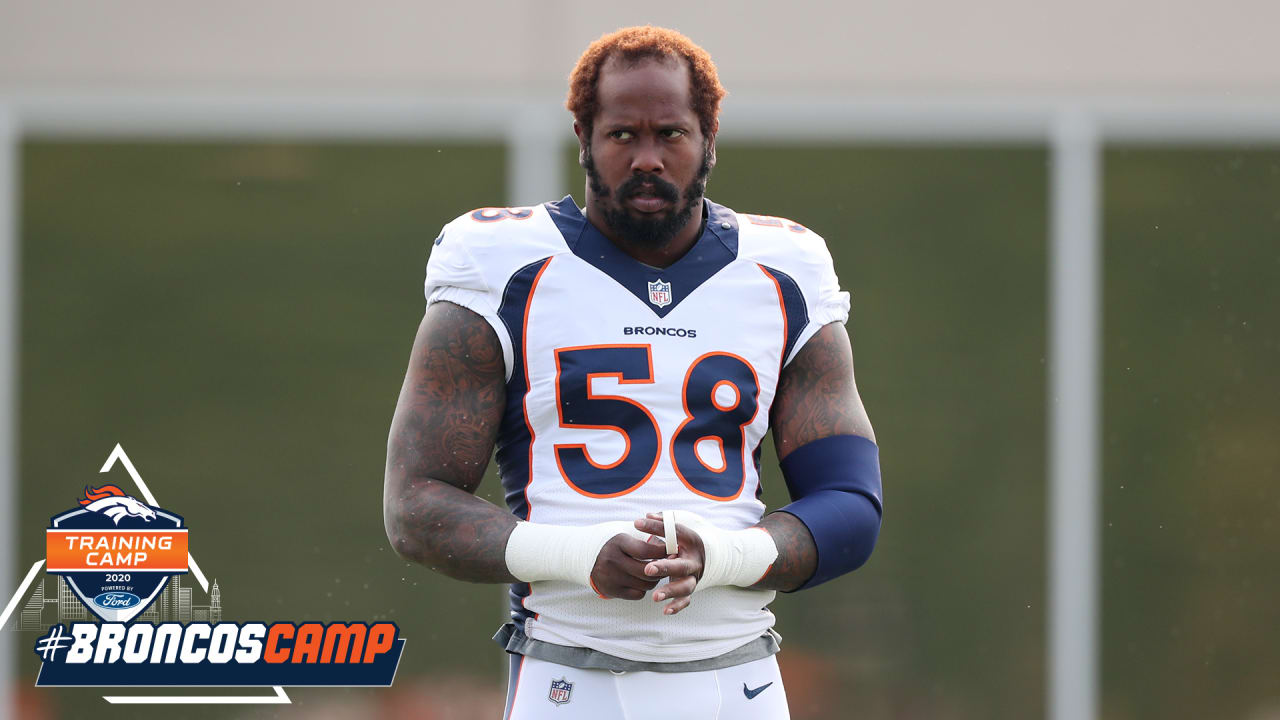 ENGLEWOOD, Colo. — As the Broncos resumed training camp on Sunday following a day off, the team got some good injury news as Von Miller (elbow) and Nick Vannett (concussion) returned to practice.

The team had been without Miller since he left practice early on Thursday when he “tweaked his elbow,” as Fangio described it. He was held out of Friday’s session as he recovered, but he observed practice from the sideline. On Sunday, Miller did individual period drills but did not participate in 1-on-1, 7-on-7 or 11-on-11 periods.

Vannett had missed practice since Wednesday as he progressed through the concussion protocol. In his first day back, he participated in 7-on-7 periods but did not take part in the full team period

Tackle Elijah Wilkinson also was back at practice after being pulled early from team drills on Friday because of a rolled ankle.

Meanwhile, two members of the 2020 draft class missed all or some of practice on Sunday. Cornerback Michael Ojemudia was held out for the entire practice with a quadriceps injury, and Justin Strnad left early after suffering a wrist injury during a team period.

“Ojemudia is going to be out probably at least a week — maybe past that; we’ll see,” Head Coach Vic Fangio said. “And Strnad hurt his wrist during practice. I don’t have an update on that yet.”

Melvin Gordon III (ribs), KJ Hamler (hamstring), Juwann Winfree (groin), Todd Davis (calf) and Austin Fort (knee) also were held out of practice as they continue to work their way back from injury.

“Hamler is still a ways away,” Fangio said. “And Gordon is day to day — could be out there tomorrow, could not be. Ribs are touchy. He truly is day to day.”